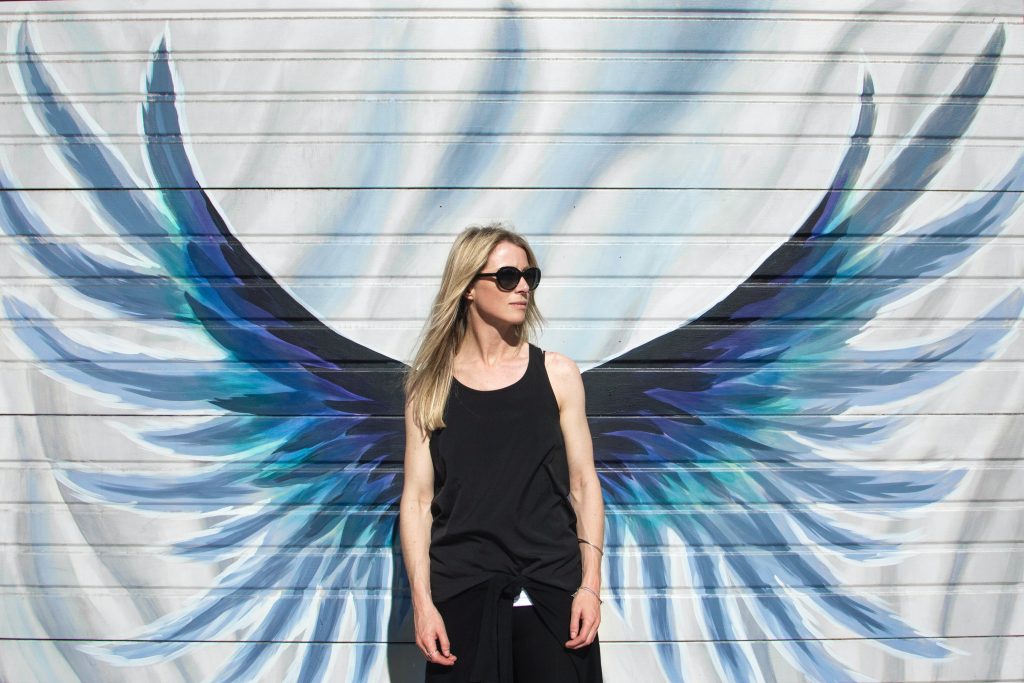 We all know that thoughtful feedback shared with us from a place of compassion helps us to grow, even if this isn’t always easy to hear. But there are some people who seem to spend much of their life hurling judgement and critical ‘advice’ at others with very little consideration and compassion behind it.

Hurtful words can come from anywhere… colleagues, teachers, mothers-in-law, siblings, parents, employers and friends. For many of us, it’s easy to internalise their criticism. Taking it to heart; we can start believing that there must be something wrong with us, questioning our own sense of self. We might respond with defensiveness and aggression, lashing out and fighting criticism with criticism; shame with shame. Or we could feel powerless and try to pack the hurt down and ignore it, staying quiet and continuing to allow ourselves to be spoken about in this way, perhaps only passive aggressively complaining behind their back.

Like all of us, I’ve received my fair share of hurtful criticism over the years. In the past, I have silently caught the criticism that’s flung at me and digested it, later releasing that pain through complaining about the person to others. The whole time believing I am at the mercy of their words. I mean, I wouldn’t want to hold them accountable and risk a conflict, would I?

Now, I feel grateful that I have a better understanding of criticism and my own responses, and equally, that I have the courage and compassion to adjust my sails and pick a wiser response. So when I was the subject of a barrage of unfounded accusations and unkind judgements last year, I was able to respond differently. Sure, I initially felt that same pang of panic and anger, but I got curious about this and figured out what was underneath (talking to wise friends and coaches helps here!). In reality, I was deeply hurt that this person had me so wrong; and that they weren’t showing respect for me or those involved by fact-checking before firing their bullets.

Thankfully, I’ve come across the wisdom of Brené Brown who has spent many years researching shame and vulnerability. Brené’s research helped me to feel empathy and understanding for the unkind critic, whilst also being clear that this is not okay and setting firm boundaries to protect me from their hurtful behaviours. I highly recommend you read ‘Rising Strong’ for yourself because this knowledge is powerful, but for now, here are three key insights that have helped me:

Critical behaviours arise from a place of fear and feeling unworthy. In fact, Brené has found that we judge people in areas where we are vulnerable to shame ourselves.

Shame is the “intensely painful feeling or experience of believing that we are flawed and therefore unworthy of love and belonging – something we’ve experienced, done, or failed to do makes us unworthy of connection”.

Brené tells us that when we feel good about what we’re doing, we have no interest in judging other people. “We’re hard on each other because we’re using each other as a launching pad out of our own perceived deficiency”. So if someone is targeting your appearance or temperament, it’s probably because this is an underlying shame trigger for them. If they’re having a pop at your career choices, perhaps it’s because they’ve not achieved what they wanted to or felt they ‘should’ achieve in their own life. If you’re often receiving messages about all the things you ‘should do’ from them, notice how this highlights their own insecurities.

Criticism is used as armour to mask feelings of fear, inadequacy and despair, shifting the spotlight away from the critic and onto something else, whilst generating feelings of safety and superiority for the critic.

Why do people get us so wrong?

When we’re missing information, we fill in the blanks ourselves and come up with a story –or confabulation- to make sense of what’s going on. It’s how we’re wired as human beings. It’s a self-protection mechanism where we identify people primarily as good guys or bad guys. These stories often deflect responsibility from ourselves, casting us as the powerless victim or righteous hero; blindsided to the part we play, the choices we have and the power we hold. It’s easy to take an incomplete and inaccurate story and run with it, acting as if it is true. Doing so shuts down the vulnerability that we feel in uncertainty and allows us to turn to anger and criticism, rather than risking emotional exposure to share how we truly feel, explore what’s really going on and ask for what we need or want to change. Learn more about this here.

How can we choose whose feedback to take on?

Ultimately, there are some people who will always be cynical, critical or sarcastic towards us. We can’t change the way that people think and act towards us, we can only take responsibility for our own responses. The goal isn’t to become immune to feeling hurt by criticism, but we do need to recognise when someone’s criticisms are down to their own ‘stuff’ and are not actually about you. When I realise this is what’s happening, I like to visualise pushing the critical person’s ‘stuff’ back towards them and letting it go. Most importantly, we need to get clear on whose opinions matter to us -and whose do not- so you can let everything else fall at your feet and move through it without internalising it.

Who’s in your Square Squad?

The ‘Square Squad’ tool Brené suggests using is helpful here. Take a one-inch square of paper and list the people whose opinions really matter to you. This list will purposefully be very small! You’re only looking for the people who love you for your strengths and struggles; not despite your vulnerability and imperfections, but because of them. These are people who will both pick you up and dust you off when you fall, and respect you enough to tell you when you are acting in a way that’s out of alignment with who you really are, and support you to put right your mistakes. No one gets a free pass onto this list, even family and partners have to earn their place by meeting this criteria.

Interestingly, my own square squad consists of people who are highly empathetic and vulnerable in their own lives. These are people who I trust to choose courage over comfort; what’s right over what’s easy. People who are contributing more than they are criticising. As Brené Brown says;

“If you’re not in the arena getting your ass kicked on occasion, I’m not interested in your feedback”.

Want to know more? Watch Brené talking about why your critics aren’t the ones who count here… 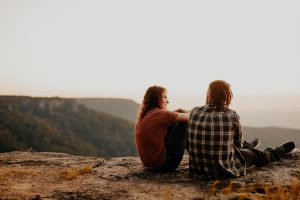 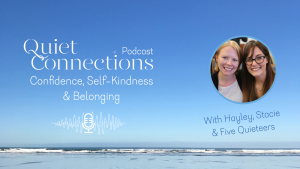 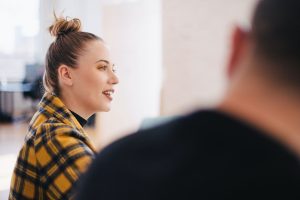 Why you should forget the whole idea of networking as an introvert, and do this instead